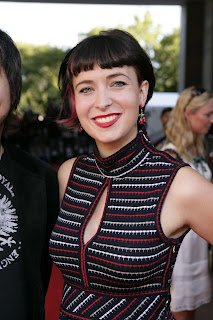 
Writer Diablo Cody penned her debut screenplay JUNO while working as a phone sex operator/insurance adjuster in Minneapolis. She did not attend Harvard.
Cody has been featured in Entertainment Weekly, Playboy, Elle and JANE, among others, and has appeared on CNN, the FOX Morning Show and Late Night With David Letterman. In 2004, she authored the infamous and critically acclaimed memoir "Candy Girl: A Year in the Life of an Unlikely Stripper." Most recently she wrote and co-created a half-hour series, The United States of Tara, to be executive produced by Steven Spielberg for Showtime. The pilot is beginning pre-production with plans to shoot later this year. Cody is also working on her second book and various top-secret spec scripts. 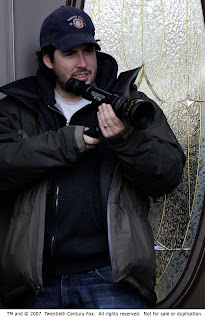 Jason Reitman made his feature film directing debut with the 2006 hit THANK YOU FOR SMOKING, based on the acclaimed 1994 novel by Christopher Buckley, which Reitman adapted for the screen. In the wake of the success of THANK YOU FOR SMOKING Reitman and his producing partner, Daniel Dubiecki, formed a new production company, Hard C, which is based at Fox Searchlight. Hard C is developing a number of projects, including the spec script “The Ornate Anatomy of Living Things. Reitman was born in Montreal on October 19, 1977. The son of director Ivan Reitman, he spent most of his childhood on or around film sets. Reitman’s short films have played in over a hundred film festivals worldwide. He has received honors from the Cannes commercial awards, the Addys, as well as the highly coveted One Show. Selected clients include Heineken, Honda, Nintendo, BMW, Kyocera, Asics, Amstel Light, Baskin Robbins, GM, Burger King, and Dennys.

Join Diablo Cody and Jason Reitman for the following panels throughout the festival!

Join these filmmakers as they take you on a journey from script to screen. Learn about the creative compromises that must be made and what it takes to become a modern auteur. This panel is sponsored by Script Magazine.
Ed Solomon , Harris Goldberg, Robin Swicord, Terry George, Jason Reitman, Andrew Shea - moderator
(Driskill Hotel, Maximilian Room)

Why is it some comedy scripts seem to be greenlit immediately while others languish in development for years? High concept comedies that can sell themselves on their imaginative premises alone have forever changed the way movies are made and marketed. Learn from the pros the advantages of gearing your writing towards high concept.
Diablo Cody, Dan Petrie Jr., Herschel Weingrod , Karl Williams, Josh Weiner - moderator
(Stephen F. Austin, Assembly Room)

Come meet AFF Alumni and filmmaker Jason Reitman of Juno, Thank You For Smoking and In God We Trust and join the casual conversation on the couch.
(Driskill Hotel, Chisolm Trail Room)