AFF staff and programmers are picking five movies each that might be off your radar, but are worth checking out. You may not have heard of them now, but these films will blow you away.

1. The Cake Eaters - The first feature from writer Jayce Bartok and director Mary Stuart Masterson is a deliberately paced tale of loss and redemption, marked by strong characters and exquisite performances by Bruce Dern and Kristen Stewart.

3. Poor Boy's Game - Acclaimed writer/director Clément Virgo tackles the story of an impossible alliance between a father and his son's murderer set in the world of amateur boxing. Be sure and check out the trailer.

4. Taxi to the Darkside - Alex Gibney's powerful follow up to Enron: the Smartest Guy in the Room looks at the death of an Afghan taxi driver at the hands of US soldiers. Incredible.

5. La Misma Luna (Under the Same Moon) - After his grandmother's passing, a young boy in Mexico tries to reconnect with his mother who is working illegally in the United States in this moving film.

Alex Gibney's Taxi to the Darkside 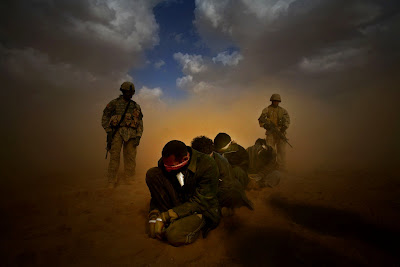 Posted by John Merriman at 5:00 PM