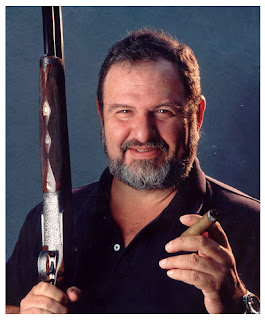 Some of his most famous dialogue includes the “I love the smell of napalm in the morning” speech in “Apocalypse Now,” Captain Quint’s “USS Indianapolis” soliloquy in “Jaws” and Clint Eastwood’s immortal “Go ahead, make my day” in “Sudden Impact.”

Milius will accept the Distinguished Screenwriter Award, a lifetime achievement deal, at the Austin Film Festival the weekend of Oct. 12, where he will screen “Big Wednesday.”

I interviewed Milius last week. He said most film writing is crap — hardly news from the bluff maverick. But we also talked about what he likes. You (as I was) might be surprised what flips his switch.

Milius: “The Departed” was very well-written. A movie I thought was really well-written was “Kinsey.” Really well-directed. A really good movie across the board. Really made you think and consider the nature of science and behavior. Oh, and I like anything Will Ferrell has to do with. He’s just terrific.

Milius: I love Will Ferrell. I love “Talladega Nights.”

Me: But the films are so sloppy, so messy. But I guess it doesn’t matter if it’s funny.

Milius: I love “Talladega Nights.” I love “Blades of Glory.”

Me: Are you actually saying this?

Milius: Yeah! I think some of the best comedy guys around right now are Ferrell and Ben Stiller. I love “Dodgeball.” But my favorite of all is “Zoolander.” I think “Zoolander” is just genius, genius.

Me: You’re kidding me.

Milius: It’s better than “Caddyshack” and “Animal House” or any of that stuff. Much better, much better!

Me: Are you looking forward to the remake of “The Heartbreak Kid” with Ben Stiller?

Milius: No, because that’s not a real Ben Stiller (movie).

Me: Yeah, where you can tell he’s been riffing on the material.

Milius: Yeah. And also, a little bit of him goes a long way. It has to be just right. Like in “Dodgeball” he almost overdoes it. But he’s good. “Dodgeball” is good. “Talladega Nights” is a masterpiece.

Click here to view Chris Garcia's blog. For a list of Confirmed Panelist for the 2007 Austin Film Festival and this years Conference schedule check out www.austinfilmfestival.com .
Posted by Linnea at 12:54 PM