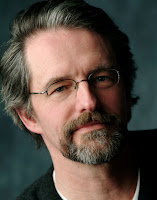 A few weeks ago, Melody Lopez, Group Lead for Austin Cats!, contacted us with an idea. Were we interested in partnering this year? They would sponsor the attendance of one Will Akers at our Conference and we would offer a discount to not just Austin Cats! members, but all Save the Cat! subscribers. To take advantage of the discount, please contact maya@austinfilmfestival.com or matt@austinfilmfestival.com.

The Austin Cats! is a supportive community of writers who follow the story structure principles of the late Blake Snyder, author of the Save the Cat! series of screenwriting books. Informal monthly meetings encourage the educational development of storytellers of all levels. The Austin Cats! is a chapter within Cat! Nation, aka blakesnyder.com

For those few folks unfamiliar with Will Akers, he's the author of the bestselling book Your Screenplay Sucks!, 100 Ways To Make It Great, is a Lifetime Member of the WGA and has had three feature films produced from his screenplays. Will has written for studios, independent producers, and television networks. He currently teaches screenwriting at Vanderbilt University, does story consulting, and gives writing workshops and seminars around the world.

Blake Snyder had recommended Will Akers' book to Melody during a coaching session and it had a tremendous impact on Melody and her writing. She believes believe in her heart that Blake must be proud that his "Austin Cats!" are contributing to the writing community and keeping his positive, supportive and generous spirit alive!

Blake is quoted inside the cover of the book: "William M. Akers is a renaissance man of film who is at once a big studio screenwriter, independent writer/director, and caring, insightful teacher. He also knows every trick in the book when it comes to fixing a script. And this is that book! A must for any writer facing the 'dark night of the script.'"

Melody Lopez recently chatted with Mr. Akers and the text of their conversation is below. We are delighted to be working with both Austin Cats! and Save the Cat! and look forward to hosting Will in October.

We hope you'll join us, as well!

Austin Cats!: In your book you share that you sold your first screenplay. How did you manage to achieve this?

Akers: It’s exactly what they tell you-- “it’s who you know.” Well, in my case it was two different “who you knows.” I arrived at film school already wanting to make a movie out of a book that had been read to me as a child. The Wolves of Willoughby Chase, about two young girls whose evil governess drowns their parents so she can inherit their fortune. I did the research and found who controlled the rights. Alan Pakula. As it turned out, a guy I went to college with, his attorney also represented Pakula. They worked a deal for me to option the book from Pakula. It took me nine months to write the script. Then, I gave it to lots and lots of people. A woman I’d attended graduate school with, gave it to a friend, who knew a friend, who knew another friend who wanted to direct it. That person found the producer in England who made the film but, in the end, with a different director. Who knows what would have happened were it not for my two friends. Most likely, I wouldn’t own this house...

Austin Cats!: Of the 100 tips you offer in your book, which do you think is the most important and why?

Akers: The last chapter. It’s more philosophical than the rest of the book. It says, “If you’re not happy when you are a failure, you’re not going to be happy when you’re a success.” It’s best, when you’re writing not to spend all your time thinking about selling. You have to enjoy the process. If you don’t enjoy the process, and then it doesn’t sell, what have you got? I wrote a children’s adventure novel that may never sell. If it doesn’t, too bad. But, at least I enjoyed writing it.

Austin Cats!: You share more advice and have direct communication with readers of your blog: www.yourscreenplaysucks.wordpress.com What has surprised you the most by the comments people make?

Akers: How many good writers there are and who have something wonderful to add. I’ve been writing for 20 years and, perhaps foolishly, think good writing is important. It’s great to know there are others who to take it as seriously as I do. The main purpose of the blog is to help people improve their writing and help them not make the mistakes I’ve made. I point out the quicksand so other people can steer clear.

Austin Cats!: What lessons have you taken from your produced features that helped in the writing of 105° AND RISING, your screenplay about the fall of Saigon?

Akers: I wrote it long, long ago, while THE WOLVES OF WILLOUGHBY CHASE was being shot. At that point, I didn’t know anything about making features. The Saigon script was good, but lay fallow for 15 years. It almost got made once, then went back on the shelf. Finally, Jon Amiel found it and wanted to direct it. For the producers and the studio, Jon and I did eleven drafts over two years during pre-production. And the screenplay only got better.

I know you got the information about 105° AND RISING from my book. Unfortunately, that screenplay is now mostly on life support. Has been for a while. It went into a coma because five other movies came out with political themes and didn’t do well. The studio lost its nerve. It’s too bad because it’s a killer story with amazing characters.

Austin Cats!: You co-wrote the screenplay, ERNEST RIDES AGAIN. What were the challenges and benefits of writing for an established franchise?

Akers: Four movies with Ernest had already been made. It was easy to look at them and write for “that guy.” He was existing character, who spoke in a certain way. All we had to do was create a new story. What was great about Ernest is that any kind of dialogue you wanted to write, Jim Varney could say, beautifully. My co-writer was the director. [John R. Cherry III] It was a lot of fun! While we were writing it, we knew the movie was going to get made. I’d come up with an idea and the team had so much experience, they knew if it was good for the story. Nothing went into the script that wasn’t gonna work.

Akers: I’m happy to be coming. The Festival has got a stellar reputation. I just hope I’m not on a panel at the same time as John Lee Hancock’s panel. Anything he says is worth hearing. I want to hear Derek Haas, Craig Mazin, and Michael Brandt. They’re terrific. Of Course, I'm just like everyone else who'll be there. I'll hope to meet producers and executives too. Plus, I’ve never been to Austin. I like to eat, so I won’t be content until I find some top-drawer Texas barbecue!

For the full list of panelists and to buy your Badge now, click here!
Posted by Maya at 2:31 PM No comments:

We've got some terrific panels in the works, including one on Pixar's Story Development Process and another on Writing for Animation. Where do the ideas for animated features come from? How do animation studios find writers? How do they work with them?

To hold us over until October, we've got a few more viewings of Toy Story 3 and the below interview with Emily Zulauf.


AFF: How did you get involved in development at Pixar? What's been your career path?
EZ: It's been a little random! I was in LA right after college, but northern California always felt more like home. I worked for an agency in LA, small production companies in Chicago and San Francisco and finally got in at Pixar as a temp.

AFF: What is your day-to-day work like at Pixar?
EZ: I do a bunch of reading for writer/director matches and research for our in-development projects. Our department handles a lot of stuff, including short films, so there is always something going on.

AFF: What projects are you currently working on?
EZ: I can't talk about any of them! I'd like to keep my job!

AFF: Will there ever be a Monsters, Inc. 2?
EZ: There will be! And they have a great team working on that. I'm definitely looking forward to it.

AFF: Photographs online make Pixar Studios in Emeryville, CA look like some magical office dream. Does that place really exist?
EZ: Yes. I have a chocolate river in my office. It makes it very hard to concentrate.

AFF: Advice for up-and-coming screenwriters?
EZ: We give a LOT of feedback at Pixar, which is hard for some writers. For a work environment like ours, I'd say learn to love that process - if you can embrace it, it will only make your writing better.

AFF: Does Pixar develop all of their story ideas and scripts in-house, or do they ever accept submissions from agents? If yes to the latter, have there been any films produced thus far that came from 'outside' Pixar?
EZ: Everything here is director driven, including the ideas. So, nope, we don't take ideas from outside. That said, we do hire writers from the outside and once they are on board, they are instrumental in helping the director achieve his or her vision.
Posted by Maya at 6:37 PM No comments: