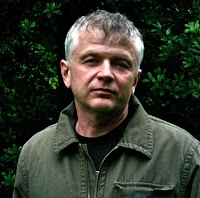 We are thrilled that Larry Doyle will be joining us as a panelist for the 2010 AFF Conference.

Larry's first novel, “I Love You, Beth Cooper” won the 2008 Thurber Award for Humor Writing. He wrote the screenplay for the subsequent film, released in 2009. His new novel, “Go, Mutants!” will be released in June 2010; he is adapting that book for Imagine Entertainment and Universal.

Doyle was a writer and producer of “The Simpsons” for four years, and is a frequent contributor to The New Yorker. He also wrote the films “Duplex,” and “Looney Tunes: Back in Action.” More, mostly reliable information is available at larrydoyle.com.

We recently sat him down at his computer and had him answer a few questions for us.

AFF: Was I love You Beth Cooper based on personal experience? It was set at your alma mater, Buffalo Grove High School. Were the settings, such as Old Tobacco Road, real spots where you spent time?

LD: The book, per se, didn't happen, but I would have liked it to. I set it at my high school mostly so I wouldn't have to come up with a terrible name for a high school (e.g. Spiro T. Agnew H.S., Fawning Meadows High) and that tied me into using the local geography. The Buffalo Grove in the book is a mix of the town I grew up in (Tobacco Road), and the town it became (the strip malls are current), and some satirical invention (the McMansion subdivision.) The Buffalo Grove in the movie is Buffalo Glenn, and it's Vancouver.
By the way, if you go here, you can find an annotation I had to do for Fox legal, describing everything in the first draft of the movie that was real, invented, or some combination.

AFF: You’ve written for television, magazines, movies, and novels. How does the focus of your writing change between mediums?

LD: It's all writing for me. The important things are the same. Story and Character. (Even in journalism). The differences:

People in TV and movies don't like prose. Unless you're Tarantino, you keep your writing out of the stage directions.

In TV and Movies, somebody else is the Artist. You have to create your stuff within theirs.

Writing novels is the most fun, but living in a house with heat and electricity is more fun.

AFF: It seems most of your television credits are for animated shows. Is there something that attracts you to that style of show?

LD: I love cartoons, but that wasn't what drew me to "The Simpsons." I wanted to write for them because it was the best comedy writing being done anywhere.

AFF: You wrote the screenplay for 2003’s “Looney Toons: Back in Action.” Is it easier to write for original characters, like Brendan Frasier’s character, or pre-established characters, such as Bugs Bunny?

LD: If it's a great character, like Daffy Duck or Homer Simpson, it's much easier because all the hard work has been done. It always sounds new-age creepy to say this, but the characters really do seem to speak to you. When I was on the Simpsons, after awhile I could pitch lines as a character and it would feel as if I was hearing the line for the first time as I said it. This can also happen with original characters, but it takes much longer for their personalities to sink into your subconscious. And of course, I haven't created a character as great as Daffy Duck or Homer Simpson.

AFF: What was your first big break?

LD: My girlfriend broke up with me, and I went crazy. I subsequently wrote a piece about it, and it became my first New Yorker casual. This lead to many great things, in a very roundabout way. I wrote at length about that here and here.

LD: There will be several great writers there I know -- Derek Haas, Jeff Lowell, Craig Mazin, John Turman -- and a couple who I've only met online -- John August and John Lee Hancock -- who will be great to hang out with. I'd also love to meet Mary Coleman, because I goddam love everything Pixar does.


Want to know who else is coming in for the 2010 AFF Conference? The panelist list is up here and new names are being added every week, so be sure to check back with us regularly.
Posted by Maya at 3:10 PM No comments: 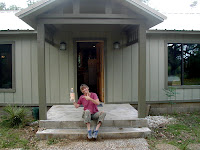 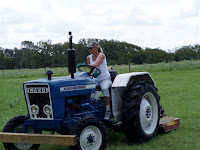 Another installment of AFF's Writers on Screenwriting from one of our favorite women, writers, and people to get drunk with: Anne Rapp. After reading the below, please do click on her name to read her full bio - it's impressive. Anne will be joining us for the 2010 Conference this October.

1. Read a lot. I won’t bug you with my list of classics and must‐reads, but I can
suggest a few reading formulas: For every issue of People Magazine you read cover to cover make sure you read five good short stories. For every Chelsea Handler book you listen to on your iPhone while power walking, read another one of Chelsea’s books on paper. (Come on, give Chelsea her “author moment.” She deserves it!) Other good reading ratios would be: One self‐help book equals Tim O’Brien’s “The Things They Carried.” One golf instruction handbook equals V.S. Naipaul’s “Half a Life.” And one cookbook equals George Singleton’s “The Half Mammals of Dixie.” Okay, so I lied about giving you must‐reads. But I promise if you read these books and a lot more (don’t leave out Bukowski poetry!), you’ll be a better writer.

2. Hook up with (as in marry, date, or room with) someone who gives you a lot of solo time. By solo time I don’t mean you are at your desk while he or she is across the room asleep on the couch. I mean that person is not on the premises. Nor are that person’s children or relatives. (Pets are okay unless it’s a talking bird.) Writing requires a lot of staring into space, watching coffee drip into the pot and scratching your ass. A big part of writing is just being in your skin and in your head. Some of the best writing you will ever do will be when your paws aren’t even on the keyboard. And you don’t need witnesses. Personally I have perfected rule #2. I hooked up with someone who lives four hours away. I’m not suggesting that method for everybody. You can always dig yourself a cave out back for some privacy. But please, forget Starbucks! That’s not writing, that’s showing off.

3. Try your best to not hook up with another writer. You know those fantasies you have about falling in love with an awesome scribe, and life is perfect because you totally understand each other? And you spend glorious, enchanted evenings on the couch together, toes entwined, each with a laptop on your legs creating separate but equal masterpieces? Total horse crap. A wet dream. Ever see a two‐headed calf? We’ve all seen one stuffed. But you’ve never seen a two‐headed cow, have you? That’s because a two‐headed anything doesn’t last that long. So if you find yourself in the unfortunate situation of coexisting with another writer, at least try to avoid
competitive sports like ping pong or croquet. That’s when things usually spontaneously combust.

6. Don’t be an arrogant jerk if you get famous. There’s nothing more off‐putting
than a snotty, pretentious, swaggering tweed‐weasel. As a rule the finest people on the planet are school janitors and Motel 6 maids. St. Peter will not have read your work. Blurbs mean nothing to him and the words “resonant,” “pathos” and “wickedly (anything)” are not in his vocabulary.

7. Keep your house clean and your desk fairly straight. And make the bed. It gives you something to do with your other hand while your dominant one is scratching your ass. You will work better with order around you. I’m not a feng shui nut, but there’s something to be said for waking up in the morning and opening your eyes and resting them on an environment that’s clean and orderly and peaceful instead of piles of crap and chaos everywhere. At least you begin the day with some clarity.

8. Don’t read too many books about writing. But I can recommend a couple, like Ray Bradbury’s. If nothing else, read it for one sentence: “Every day a writer wakes up and gets out of bed and steps on a land mine and blows himself into a thousand pieces, then he spends the rest of the day putting himself back together again.” I don’t know about you but my middle name is Jigsaw. Another good one is Steven King’s. He offers two excellent tips: Read a lot (same as my #1), and put your desk in the corner facing the wall. He’s right. Forget the house overlooking the sea or the idyllic cabin in the woods. You’ll write better in a coat closet. It’s not what’s out the window, it’s what’s behind your corneas. I once had the amazing good fortune to sit in Faulkner’s actual kitchen for a couple of hours and write at the table where he used to write. (A friend and curator of the joint sneaked me in.) You know what I did for those precious two hours? I spent the whole time writing all my friends and telling them I was sitting in Faulkner’s kitchen! Then I went home to my desk in the corner and wrote my own version of "War and Peace."

9. Stop pretending you have read "War and Peace."

10. Don’t sweat rejections. Every writer gets them. Book writers get tons of them in the mailbox or by email. Movie writers get them in the form of people never calling back, or just having an assistant call you with a cold‐hearted Pasadena. I have a great cure for hurt feelings caused by rejections: Go out and buy a nice card and send it to someone you love, and tell that person in your most brilliant words how much they mean to you. I promise it won’t be rejected.
Posted by Maya at 11:46 AM 5 comments: