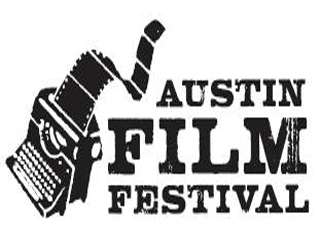 We are all very excited about the professionals entertaining us during this year's festival. Here are a couple more panels you won't want to miss, so make some room. You are going to have a full plate this year!

Join Aline Brosh McKenna, Nicholas Kazan, Terry Rossio on Friday, October 12, for Finding the Voice: Dialogue . Writing great dialogue is no easy task. Whether you’re trying to move the plot along or simply make certain that your Swedes don’t speak like Southerners, a keen ear, good judgment, and distinct flair are all vitally important tools. Come get tips from the pros on giving voice to your characters.
Aline Brosh McKenna wrote the screenplay for The Devil Wears Prada, which was nominated for a Writers Guild Award, a USC Scripter Award, and a BAFTA. Other credits include Laws of Attraction, with Pierce Brosnan and Julianne Moore, and Three to Tango, with Matthew Perry and Neve Campbell. Nicholas Kazan has been a journalist, satirist, playwright, screenwriter,director, husband, father, and teacher.Among his credits are At Close Range, Frances, Fallen, and Reversal of Fortune, for which he was nominated for an Oscar.Terry Rossio is an Academy Award-nominated writer who co-wrote Shrek, the first ever Oscar winner for Best Animated Film. With writing partner Ted Elliott, Rossio also co-wrote all three installments of the Pirates of the Caribbean franchise. Other credits include Déjà Vu, Aladdin, and The Mask of Zorro.

On Thursday, October 11, at 2:45 p.m., come meet filmmaker Brett Morgen of On the Ropes, The Kid Stays in Pictures and Chicago 10 and join the casual conversation on the couch.

For a list of Confirmed Panelist for the 2007 Austin Film Festival and this years Conference and Film Schedule check out www.austinfilmfestival.com .
Posted by Linnea at 1:39 PM