Development to Shooting and Beyond

Don't miss out on these panels at this year's Conference and Festival!


Join Jon Hurwitz and Hayden Schlossberg on October 13, at 2:30 p.m.for clips and stories from their cult hit Harold & Kumar Go to White Castle and find out more about the soon to be released Harold & Kumar 2. See how this writing duo has taken the buddy comedy to a higher level and made the transition from writers to writer/directors.
The duo recently wrapped production on their directorial debut, the much-anticipated sequel in the Harold & Kumar franchise set to be released in early 2008. As producers, they are currently in development on All You Can Eat, a comedy set in the world of competitive eating.


How do you take a comic strip and turn it into a 90 minute animated feature? Join Mike Fry, co-creator of the Over The Hedge comic and Tim Johnson, director of the Dreamworks Animated feature as they discuss how to put a comic strip into motion. This panel will take place On Saturday, October 13, at 3:45 p.m. 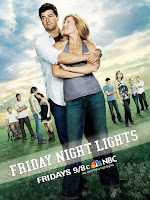 
Also at 3:45, join the Producers of Friday Night Lights. Visit with the show’s production team and learn about their work process from script development to shooting and beyond.


For a complete Schedule of panelsand films, visit at www.austinfilmfestival.com. Badges can be purchased online or by calling 1-800-310-3378.
Posted by Linnea at 10:22 AM