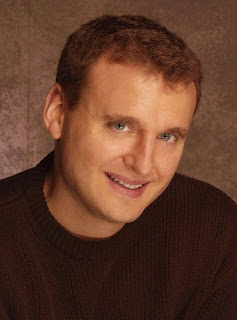 Austin Film Festival is happy to announce the just confirmed panelist, Phil Rosenthal for the 2008 Festival. Rosenthal is co-creator and executive producer of the hit CBS comedy, "Everybody Loves Raymond.".
The series was nominated for the Best Comedy Emmy 7 times. Rosenthal was nominated for a Best Writing Emmy with Ray Romano in 2000 and again in 2002 for his script, “The Angry Family” and in 2005 for “Finale”. Over the nine season run, “Everybody Loves Raymond” was nominated for over 70 Emmy awards, and won 15 times, including Best Comedy Series in 2003 and 2005.
Rosenthal won the 2002 Writers Guild Award for Excellence in Television Writing for his script, “Italy.”
You might also recognize him from "Spanglish" as Adam Sandler's sous chef or from "Curb Your Enthusiasm" and Jake Kasdan's feature, "The TV Set."
A little more about Phil Rosenthal:

Its not to late to make plans for the fall and come to Austin for the 2008 Conference and Festival. Find out which pass suites you best! Click here to find out more about the Producers, Conference, Weekend, or Saturday badge now!